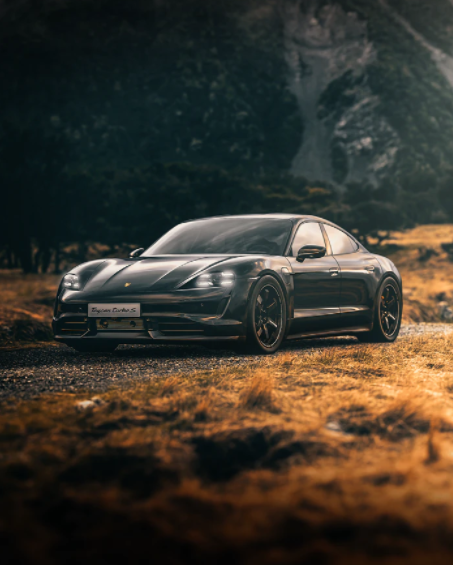 In the early 1980s, the movie Risky Business starring the evergreen hero Tom Cruise did its rounds in the theatre. If you are too young for that time, then you must have watched it on DVDs or computers by now.

While the plot and characters may have been erased from your memory by now, there are still some beautiful things that you might remember.

First, the movie was worth remembering because it starred the breathtaking actor Tom Cruise. Second, Rebecca De Mornay was known to be the hottest woman of that time.

And third, the classic Porsche 928 was worth remembering because of its sleek and vintage look. The Porsche 928 is definitely among the cars that should make a comeback.

While three cars were used in the movie Risky Business, but Porsche 928 left its mark on millions of hearts. No doubt, the 1979 Porsche 928 was the most desirable model of Porsche ever built, while some consider it to be second most desirable after 924. But you can’t deny the fact that heart-throbbing Tom Cruise drove that model- 1979 Porsche 928 – and also learned how to stick shift in that freaking car.

This classic 1979 Porsche 928 is all about elegance and style! This particular model was draped in green paint when it first arrived on the sets of Risky business. The film company later had to paint it gold to match the other two driving models of cars. Thanks to wide-angle shots, this gorgeous car was viewable from all shots, and the majority of the scenes were shot in this car – a 1979 Porsche 928. The most remarkable thing about this car is that the famous hero Tom Cruise learned how to drive a standard shift transmission and before that, he had absolutely no idea about it.

After shooting, the car was sent back from its final scene location to California and was later sold out. The 1979 Porsche 928 was then painted white and was under the radar until it was restored for its on-screen appearance on The Quest for RB928. This car is the only known one among the three used in the Risky business, increasing its value and importance. 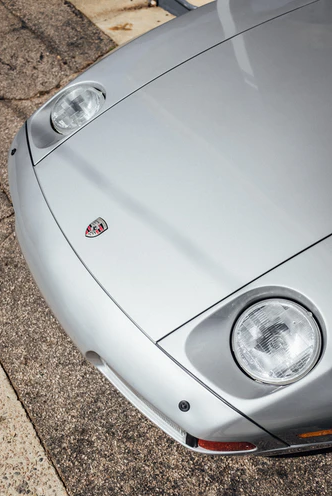 As mentioned earlier, this model came draped in green paint and was later repainted in gold color. It has a signature slant nose with classic rounded pop-up headlights. Along with round derriere, it gives the overall exterior quite a vintage and chic appearance.

For that era, the 1979 Porsche 928 was quite fast when driven in a straight line, reaching 60 mph from a complete stop in just 6.2 seconds and then clearing the quarter-mile in only 14.3 seconds. This energy is directed to the rear wheels through a 5-speed gearbox. Well, this sounds interesting.

Although the front and rear independent suspension systems are excellent, the 928’s suspension is virtually generally blamed for the car’s failure. It was never up to Porsche’s standards, plain and simple. It handled better than 80% of the vehicles on the road at the time, but it wasn’t quite up to Porsche standards.

Paul Brickman, the film’s writer and director, is said to have chosen the legendary two-door because the marque’s popular 911 appeared too dull. Furthermore, the Porsche 928 had plenty of power, which was ideal for what the car needed to do on the big screen.

It had a 4.5-liter V-8 engine with 219 horsepower and a top speed of 143 mph under the hood. This type has a five-speed manual transmission that transmits power to the rear wheels, which are 16 inches in diameter. 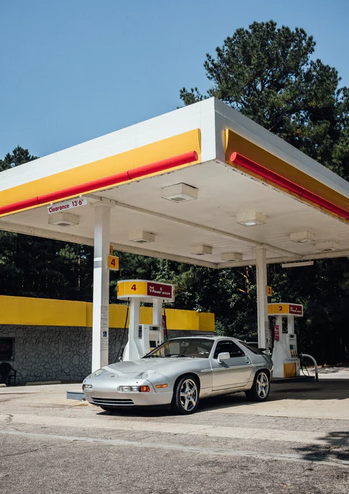 Since Tom Cruise drove this car, its market value was rapidly increased. Many diehard fans would kill to have a ride in this classic car, Porsche 928. It also had signatures from the cast of Risky business, including Joe Pantoliano (Guido), Bronson Pinchot (Barry), and Curtis Armstrong (Miles). Its sale started from the range of $20,000 and later went on increasing with time.

The insight behind choosing the 1979 Porsche 928 for Risky business

The Porsche 928 was chosen for its role in the film not by a prop master or picture car expert, as many Hollywood vehicles are, but by Paul Brickman, the screenwriter/director, who grew up in the affluent Chicago neighborhood of Highland Park, where Risky Business is located. It also wasn’t among the worst cars in history.

According to Johnsen, Avnet would have discovered the cars on his own if Porsche had not cooperated. Still, the presence of the Porsche 928 in the film produced precisely the effect Avnet predicted. It was like a big Porsche MTV video, as Johnsen once said. The brand supposedly told Avent that they still wouldn’t have given them a car, but he was right.

The 928’s sudden surge in collectability is as shocking as its appearance in Risky Business. Long derided as the brand’s too sophisticated, overreaching white elephant, the tide of Porsche values is rising, and even formerly reviled flagships are being lifted.

Don’t pay $40,000 for yours, but with the film’s 35th anniversary approaching and remakes from the 1980s abounding, now might be the best time to buy.

What made Porsche 928 so famous?

As Tom Cruise once said that there is no substitute for Porsche. Well, that was correct. This car changed the whole game of the movie! It had the entire class and style of the 1980s, which left a considerable remark in everyone’s heart.

The cherry on top, Tom Cruise was the one who drove it in the movie, so it had to be famous. Moreover, reports went around that Tom Cruise learned how to do a standard shift transmission as, before this, he was not aware of it.  All these factors make one tempted to buy this classic Porsche 928.

The film icon has been lovingly cared for in a private collection since its spell in Hollywood, and it still has a shining, film-correct gold exterior with a cork leather interior. The 1979 Porsche 928 was the center of attention at Porsche North America for a year, and it was also on display at the Petersen Museum as part of the “The Porsche Effect” exhibition.

It sure as hell made the film a big hit with its elegance and class. Till now, people would love to have their hands on this classic Porsche 928. No wonder the movie went rounds in the theatre as it had the most prestigious collection of cars.