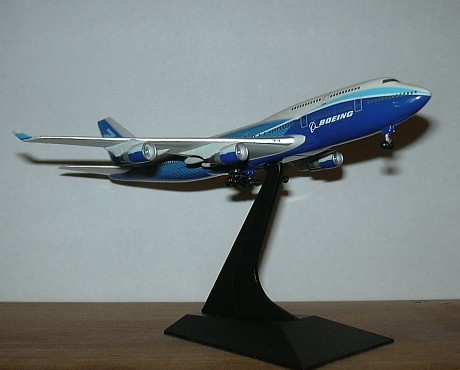 Model flying is one of the most followed hobbies in the world. Enthusiasts spend a large amount of money to get their hands on the best model aircrafts that are capable of flying at great speeds and perform acrobatics as well. There was a time when one could hardly imagine aircrafts would be controlled via remote controls, but it is possible today.

In this article, we are going to discuss the history of model flying in detail and discover how ideas and constant developments lead to the creation of such unique thrill machines. Let’s begin.

The Chinese were flying kites in 1000 B.C. Although if they had the chance, they would be flying it stringless but at the time there wasn’t sufficient technology to achieve that. However, in Europe, things were going smooth and ahead of everyone along with many other things. It was Leonardo da Vinci who initiated the process in 1500. Leonardo was impressed and inspired by the birds, which use their wings to create thrust and lift.

He tried it on humans as well but soon realized that the muscles of human beings do not have sufficient lift or thrust to carry them in the air. As a result, he came up with a device that featured fixed wings with flapping tips, thereby separating the functions of lift and thrust. At the time, he was also carrying another idea of a helical screw helicopter, which would either be powered by clockwork or a twisted steel wire.

Unfortunately, Leonardo passed away in 1519 and his important notes were not discovered till the 19th century. This was a huge gap that would have otherwise allowed gliders to fly in the 1600s. However, even if the notes had been discovered, the right type of materials required were lacking by a huge margin. Back then, things such as leather, paper, cane, and cord, etc. were available but using them to make a flying machine was impossible.  Today we have major brands like Revell Aircraft Models and others to allow all to have fun with model airplanes.

Then came in Sir George Cayley who made a breakthrough. He realized and thought of a brilliant idea. He was off the view that instead of allowing the air to push against a kite, it ought to be possible to push the kite against the wind. As a result, he replaced the kite string with a weight in addition to a stabilizing tail. This tail consisted of a fin that could be used or adjusted to alter the incidence of the airplane.

Furthermore, Cayley used a whirling armrest to develop airfoils. In addition to that, he realized that a cambered airfoil as compared to the flat surface of his kite glider produced more lift. He also happened to find out that dihedral improved lateral stability.

In 1871, Frenchman Alphonse Penaud contributed huge efforts to popularize model flying and air-mindedness. He introduced and showcased a model that was rubber-powered and inherently stable. The model spanned only 18 inches and featured a feather-bladed pusher propeller. During his demonstration in Paris at the gardens of the Tuileries, his planophore flew for around 11 seconds and covered 131 feet. His contribution to the area was so significant that his name still lives on today.

GustaveTrouve would introduce a model airplane that would be termed as the noisiest of all. Gustavo came up with an ornithopter or wing-flapper that was powered by twelve blank revolver cartridges that fired into a curved, springy Bourdon tube. As the tube straightened, the wings were pulled down, whereas, as the tube regained its normal shape, the wings sprang back to the upper position. Although it was a successful attempt and a step forward towards model flying but Trouve shifted his focus to researching propellers.

In Australia, an individual by the name of Lawrence Hargrave successfully created rubber-powered ornithopters. He utilized a stiff leading edge with a rear part that was power-driven flexible. Even though the experiments with the models continue but there lacked an engine that featured a high enough power: weight ratio.

Wright Brothers and other inventions

It was 1903 when the Wright brothers introduced the first manned powered flight. After that, innovation, research, and everything else related to the experiments and model aircrafts accelerated. This included a majority of those who were involved in aviation having started their careers as model flyers.

Amongst them, Handley-Page, Fairey, Sopwith, and several others were the members of the Kite and Model Aeroplane Association, which had later become the Society of Model Aeronautical Engineers. Today it is known as BMFA and happens to be the oldest model flying organization in the world. Later, Sir Frank Whittle, Neil Armstrong, and Paul Macready stepped into the spotlight with their model flayers.

The Gossamer Condor belonging to Paul Macready was the first man-powered aircraft to be successful. It was he who designed and introduced the first slipstream deflectors that are now used on many trucks to reduce drag and improve fuel consumption.

A.V. Roe stepped into the game with his nine-foot rubber-powered model at a competition held in Alexandra Palace in 1907. He was successful in beating 129 other flyers with a flying area of 30 yards. The 50 pounds he won from the competition were invested to build his first man-carrying triplane. Later, he went on to found the Avro Company, which gave birth to Lancaster.

The following year, T.W.K. Clarke established a business in Kingston. It was located near the Sopwith factory, which would soon be producing Pups and Camels. The flyers manufactured by Clarke were rubber-powered and were offered in four sizes, one foot to three foot long. The largest amongst them had its wings carved from cedar wood and were as a result, capable of flying 400-foot flights.

In 1914, when the war was just about to break out, David Stanger built a V-twin petrol engine that turned a 22-inch propeller, installed a seven-foot span canard biplane, and flew it to Hendon airfield, setting a British record of 51 seconds. One of the key features of Stanger’s model aircraft was compressed air along with thin copper cylinders, wire-bound in order to withstand pressure.

Furthermore, the cylinders were hand-pumped to 200 p.s.I and drive multi-cylinder motors. Similar to the full-size aircraft of the time, the wings were wire braced to resist flexing in flight. Moreover, while the models were usually covered with oiled silk, the construction was done using steel wire and birch or spruce.

War and the need for military aircrafts

While the experiments and inventions kept with their pace, wars broke out. With each war, the competition increased and the concerned parties were now even more hungry for military-grade aircrafts. Since the United States fought both wars, the need for air bombers and reconnaissance increased as well. Engineers worked on and introduced newer planes that featured more powerful engines, capable of carrying a much greater payload. Eventually, the models of new military aircrafts hit the toy stores and would all of a sudden disappear due to enthusiasts snatching them up looking to build the next great military aircraft.

In addition to that, as flights became a common mode of transportation in the United States, commercial airliners used model aircrafts as a marketing tool. They would give kids a model of the aircraft who flew with them. As time passed, it all came together to build a huge community around the globe that carried an extreme craze for anything that was able to fly using the tip of their fingers.

Armour Selley who was situated across the Atlantic had been experimenting since 1910 with a new material balsa wood from South America. The very same year, Lindbergh had crossed the Atlantic solo. In 1927, Lord Wakefield who was the owner of Castrol oil company and a major aviation patron donate a cup to the SAME, and model flying went international. The first competition to be held was the Wakefield Contest, which included model aircrafts featuring any type of power but the maximum weight limit was set to 11 pounds. The competition required the planes to take off from the ground and flight duration was the sole aim.

Maxxwell Bassett at the US Nationals held in 1933 flew a model that featured a spark-ignition engine and was able to beat many flyers in the competition. The engine was an early version of the 10 c.c Brown Junior. Soon after that, engine classes were introduced such as rubber power, internal combustion engine, or compressed air.

The introduction of Rules & Regulations

The Federation Aeronautique Internationale in 1936 introduced contest rules for model flying. Furthermore, several contests were held at the time. Both the USSR and Germany saw the potential in model flying as a means of encouraging air-mindedness in young people.

Model flying has come a long way since the idea was first introduced. Today, we have drones that are capable of flying high in the air and are used for different purposes. Furthermore, professional competitions are held around the world as well that decide the best flyers in the game. Considering all the events that led to the introduction of model flying and the ever-growing competition, model flying will continue making history with the passage of time.