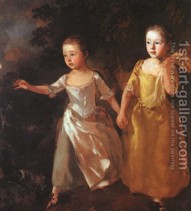 The representation of children in Western art has had many renditions throughout time. Starting from multiple features of baby Jesus and baby angels to churning out cherubic child portraits renowned artists have given it all flair of their own.

Childhood holds disparate meanings to different individuals which reflect in the creations of these artists who paint children. Many artists like Pierre Auguste Renoir and Claude Oscar Monet have beautifully captured innocence at its peak in the most flattering way.

Picturesque paintings of children have been a part of home décor for many, making it a versatile piece of art. So, let’s explore the artistic geniuses who have stained the canvas with portraits where children played the role of the subjects and muses.

The 18-century portraitist, Thomas Gainsborough was much lauded for his artworks. His greatest pleasure resided in penning down the beautiful nuances of his closest family. He churned out around a dozen paintings of his daughters which now hang in the National Portrait Gallery, London. The portraits of his daughters always depicted a child-like playfulness in this masterpiece where the effect of wind is awe-inspiring. 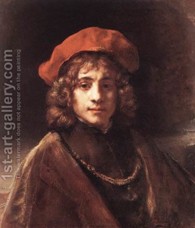 The identification of the man in these portraits was much speculated by the art world where some said he was another artist, Philips Wouwerman. The theory was dismissed when it was realized that it was Rembrandt’s son, Titus who he drew multiple times at different stages in his life. The portraits were always exceptionally detailed with thick brushstrokes and all-consuming backgrounds. 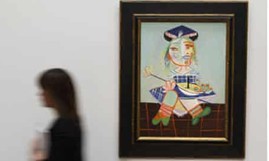 The radical artist, Picasso who rose to glory and laurels after his powerful painting, Guernica soon wanted to paint something playful. With similar geometric figurines, Pablo painted a portrait of his two-year-old toddler, Maya in the most abstract form. He used bright and vivid colors that make it look cheerful but the composition was in itself full of abstractions. Picasso took to finding relief in z pleasant subject matter and colorful brushwork. 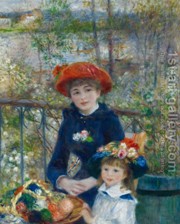 The famous Impressionist master, Renoir often chose a herd of people as the subjects for his masterpieces. Especially he captured girls or women in the rawest manner which was utterly nonchalant. In this painting Two Sisters, he has portrayed children with naturally flushed cheeks which denote both their innocence and their beauty. 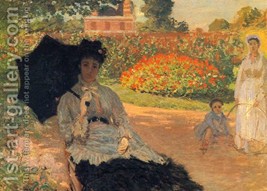 While the blurry, confident brushstrokes of Monet are known to one and all, many stay unknown to the portraits he drew of his son, Jean. Jean doing mundane things like riding a bicycle with a smile plastered on his face overwhelmed the Impressionist painter which made him draw his son over and over. 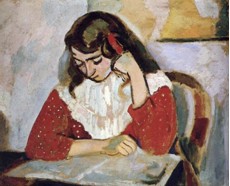 Henri Matisse is often seen as a revolutionary painter and a trailblazer of sorts for his radical compositions. But little did we know that he was such a versatile painter. He was very attached to his daughter, Marguerite who was the glue of his marriage. So, he took to sketching out a minimalistic portrait of his daughter indulging in the arts. 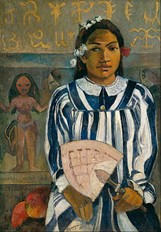 This revered artist, Paul Gauguin was a gifted painter but art wasn’t exactly a lucrative job due to which his family suffered financially. Among his most praised artworks were also portraits of his several children which were beautifully intricate and yet simplistic in all the sense of the world. Even though he had a troubled relationship with them, he loved to pen them down. 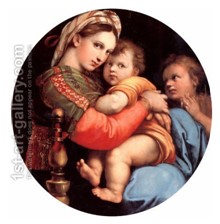 One of the masters of Renaissance art was Raphael who painted an abundant number of artworks about Christian myth. His creativity and artistic oeuvre are unchallenged to this day due to his confident brushstrokes and strong narrative. Often, he portrayed baby angels or Jesus as a child in many of his paintings including Madonna in which he painted the figurines lending them too much beauty. 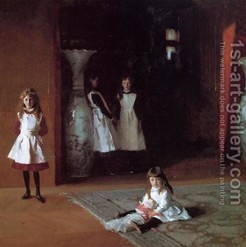 John was a prominent influence in the Spanish Gold Age where his compositions were a contrast between reality and illusion, an effect lent by his loose brushstrokes. He often took to painting people, specifically children depicting them as very quiet creatures whereas reality is quite the opposite. Children are known to be energetic whereas this composition narrates another story. 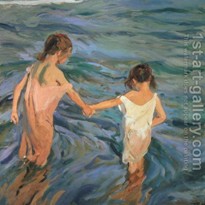 The primary subjects of the majority of Jaoquin’s artwork were the people around him. His beach view landscapes often fabricated a very hometown vibe throughout the painting. In this sublime painting as well, he has displayed a young and an elder kid exuding pure love and warmth which children are usually known for. 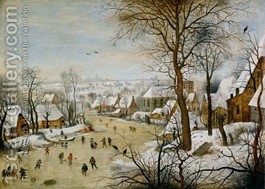 This name may come as a shock in this list as Pieter was known for featuring peasants in his majority of artworks with highly symbolic with very pragmatic themes. But, there was a stark contrast in his artworks as he loved to paint such winter landscapes too. These landscapes featured multiple children in their joyful element.

While self-portraits have been evergreen, so has been the abundant infusion of children in artworks available here https://www.1st-art-gallery.com/People/Children.html which gave them a cheerful twist. Master artists as aforementioned seemed to not just sketch portraits of their own children but to display a different perspective on childhood.